PM Modi: “A Trust has been formed, Ram temple will be built soon in Ayodhya” 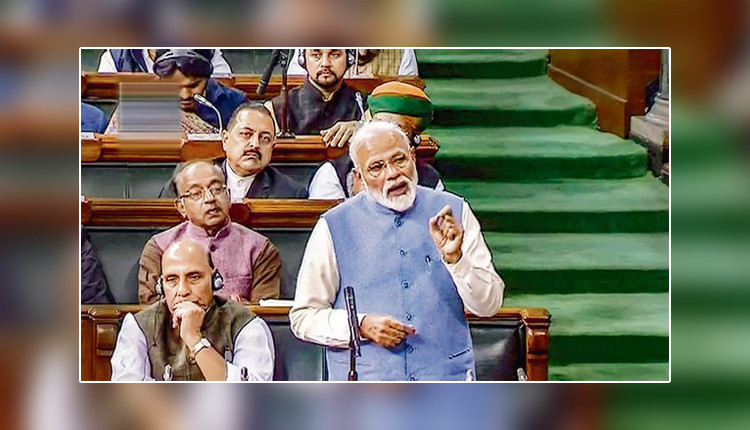 PM Modi: “A Trust has been formed, Ram temple will be built soon in Ayodhya”

Prime Minister Narendra Modi has announced in the Lok Sabha that a trust has been formed as per the Supreme Court’s order for the construction of Ram temple at Ayodhya.

Modi said that the trust has been named as 'Sri Ram Janambhoomi Tirath Kshetra'.

PM Modi said it was decided on the very morning to form the trust and has also called all the members of the house to support the construction of the Ram temple at Ayodhya. The PM also said that the temple is going to be a grand one and said that the government is working with an inclusive agenda keeping all the religion in mind.

PM Modi said.“In India, be it Hindu, Muslim, Sikh, Christian, Buddhist, Parsi or Jain, everyone is a part of one family. Development must take place for every member of the family. Our government is moving forward with Sabka sath, sabka vikas policy.”

Home Minister Amit Shah later tweeted that the trust will have 15 members and among them, one person will be from the Dalit community.