Here are the members and key stakeholders of the Ram Mandir Trust, formed for the construction of Ram temple at Ayodhya 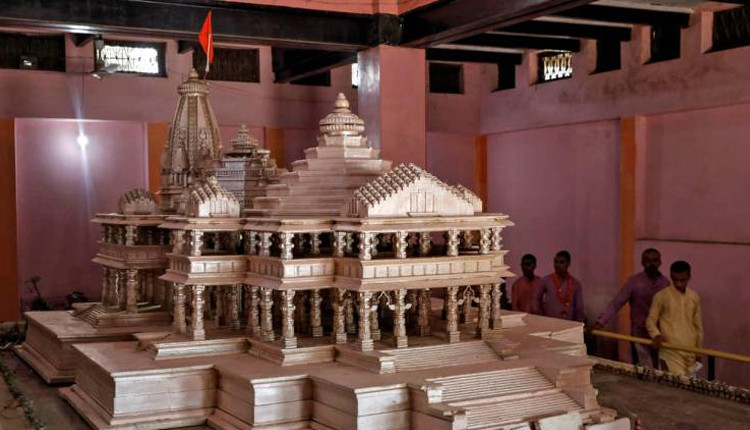 Here are the members and key stakeholders of the Ram Mandir Trust, formed for the construction of Ram temple at Ayodhya

Prime Minister Modi announced in the Parliament that a trust will be formed for the Ram Temple construction which is called the Shri Janmabhoomi Tirth Kshetra Trust.

In November 2019, The Supreme Court of India ordered that the disputed land in Ayodhya would be handed over to the central government. The court said that a Ram Temple will be built and the Muslim defendants will be provided an alternative land in Ayodhya itself to build a mosque as a compensation of the Babri Masjid.

The Court which gave 3 months for the central government to form a trust to build the temple and start the construction work gave a deadline which was February 9. On February 5, Prime Minister announced that a new trust will be formed and it will be called the Shri Ram Janmabhoomi Tirth Kshetra Trust. He said that the trust will consist of 15 members. 1) Mahant Nritya Gopal Das was unanimously elected as the president of the trust, he is the chief of the Mani Ram Das Ji Ki Chawni, Ayodhya’s biggest temple, and the head of the Ram Janamabhoomi Nyas, a trust constituted by the Vishwa Hindu Parishad in 1993.

2) Champat Rai was appointed as the general secretry. He is a Rashtriya Swayamsewak Sangh pracharak and the former international general secretary of the Vishva Hindu Parishad, where he presently holds the position of ‘vice-president’.

3) Shri Govind Dev Giriji Maharaj has been appointed as the treasurer of the Trust. He is a scholar of Hinduism and a master in Srimad Bhagavat Gita, the Ramayana, and the Mahabharata.

4) Nripendra Misra has been made as the head of the Trust’s temple construction committee. He has served as the Principal Secretary to Prime Minister Narendra Modi between 28 May 2014 and 30 August 2019.

Prime Minister chose a different set of members for the trust they were:

Parasaran was chosen as the chairman and trustee of the Shri Ram Janmabhoomi Tirth Kshetra.