Some external forces have triggered the Anti-CAA protests, they have caused damage to the public properties - CM Palaniswami 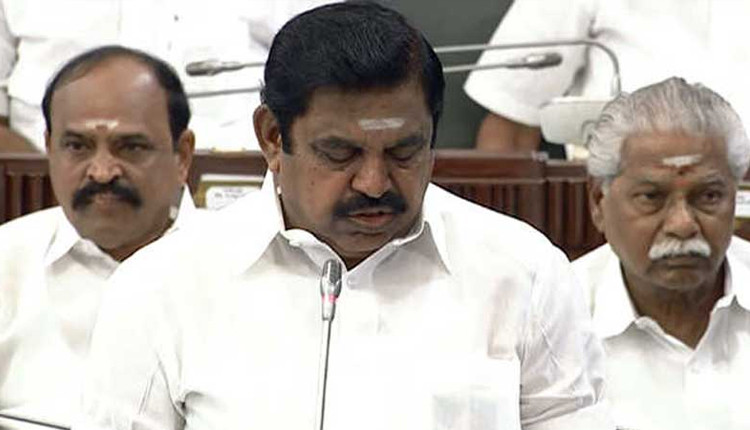 Some external forces have triggered the Anti-CAA protests, they have caused damage to the public properties - CM Palaniswami

Today, at the Tamilnadu Legislative Assembly, the Chief Minister, Edapadi Palaniswami stated that the Anti- CAA protests in the Old-Washermenpet area, Chennai are happening without any permission and the people have caused damage to the public properties.

He also said that the police were attacked during the protest and fake information regarding a dead person was also spreading throughout social media.

He said that people are still protesting even after sufficient talks have been held with them. He also said that the protesters are being triggered by some external forces.

Following this, DMK MLAs including DMK chief M K Stalin walked out of the session. DMK chief on speaking to the press said, "the case filed against the protesters who participated in the protest at Old Washerpet area should be withdrawn." He also urged the ruling party to pass a resolution against the CAA. Stalin has also raised the question of who has provoked the police to beat up the people in the peaceful protest.